And though the curse is rooted in sorrow, hope can be found amongst the light...This show brought a touch of magic, a hint of darkness and a ray of hope.

"The Curse feels very much like a fairy tale. An omniscient narrator introduces each act, explaining key elements and assigning meaning to the characters and events. The background music creates an enchanted atmosphere that the stage set heightens. The names of the characters—Depravity, Solace, Constance, Incandescence—define the roles played in the battle of good and evil. The magical town of Elysia serves as the setting where a “wicked enchantment” has been cast. The heroine, Incandescence, has extinguished the Limelight, an actual lampost at the center of town but also a metaphor for empty and false comfort. Depravity’s maniacal hold spreads throughout the town starting with her two sisters. Incandescence is exiled to the forest, and the townspeople essentially become enslaved. After encountering magical creatures in the forest, Incandescence returns to the town, overcoming Depravity and enlightening the townspeople of their innate inner light.

Four different company members choreographed pieces for the performance: Veronica Potter, Natalie Vinyard-Houx, Cassandra Weaver, and Shannon Worthman. The full cast works often include short solos and duets which allow each cast member a brief moment in the spotlight. The choreography wisely uses the full breadth of the stage as well as changes in elevation from on top of props to floor work– to vary the architecture of the movement. The company’s focus on jazz, contemporary, and ballet manifests throughout, peppered with moments of acrobatic strength. Two especially successful sections include “Depravity,” a solo performed by Mae Jones and choreographed by Veronica Potter, and as “Face to Face,” a duel performed by Mae Jones and Katie Weeks Hays and choreographed by Shannon Worthman. These pieces showcased a higher level of artistry, energy, and attitude, ratcheting up the emotional stakes of the moment.

The costumes were another highlight of the performance. Created by company member Nicollete Cappelletty, they showed a sophisticated level of creativity, attention to detail, and craftsmanship. The pantaloons worn by Incandescence, for example, were delicately pleated at the cuff. The masks worn by the woodland deer, unicorns, and trees, were incredibly detailed and would have been standouts at even the most ornate masquerade party. The unicorn masks featured strung beads that beautifully sparkled in the light and expertly draped across each dancer’s face.

While I understand The Curse is meant to be a good vs. evil narrative, I wanted more complication, moments when Depravity was kind or even conflicted with her new-found bad ways or times when Incandescence wanted to give up or acted less than ideal. I wondered if the performance was meant to be more of a family-friendly event than one geared towards adults. I realize storybook dance does not allow the same kind of verbal nuance as theater, but it certainly has the same emotional breadth. I wanted to see more internal, psychological struggle in the movement itself.

Overall, The Curse reminds us that “hope can be found amongst the light” and that the light is in each and every one of us." 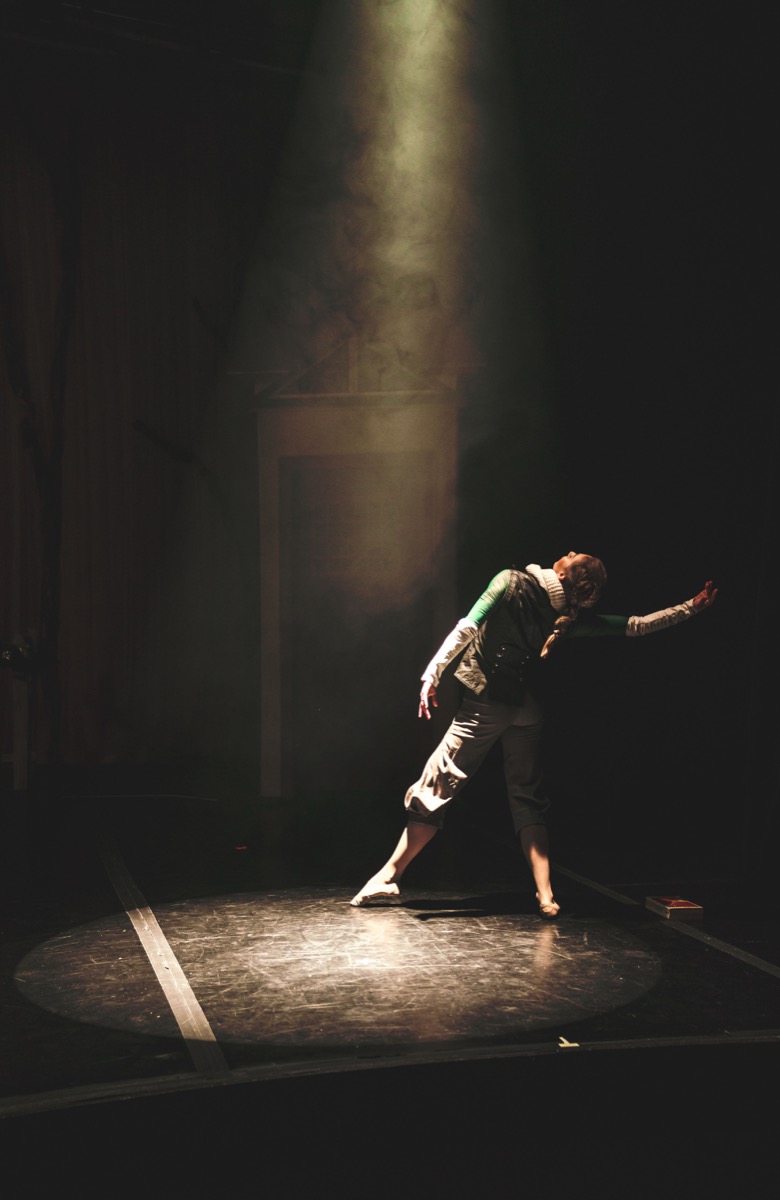 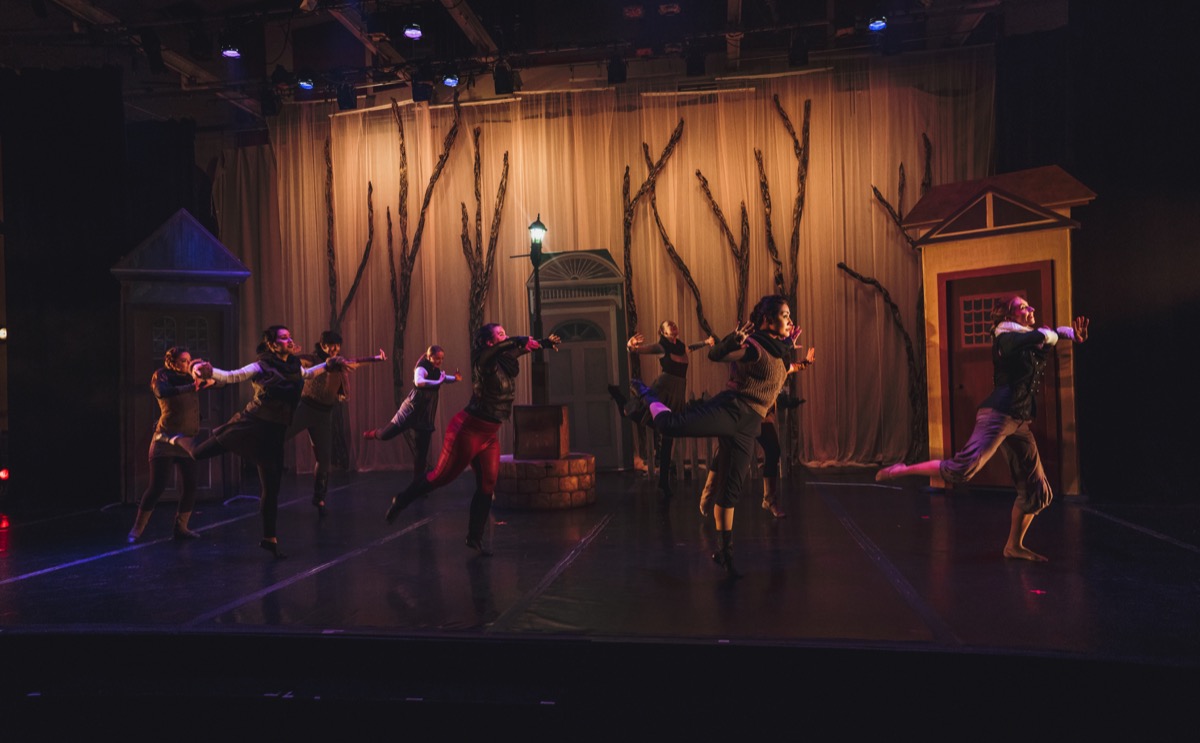 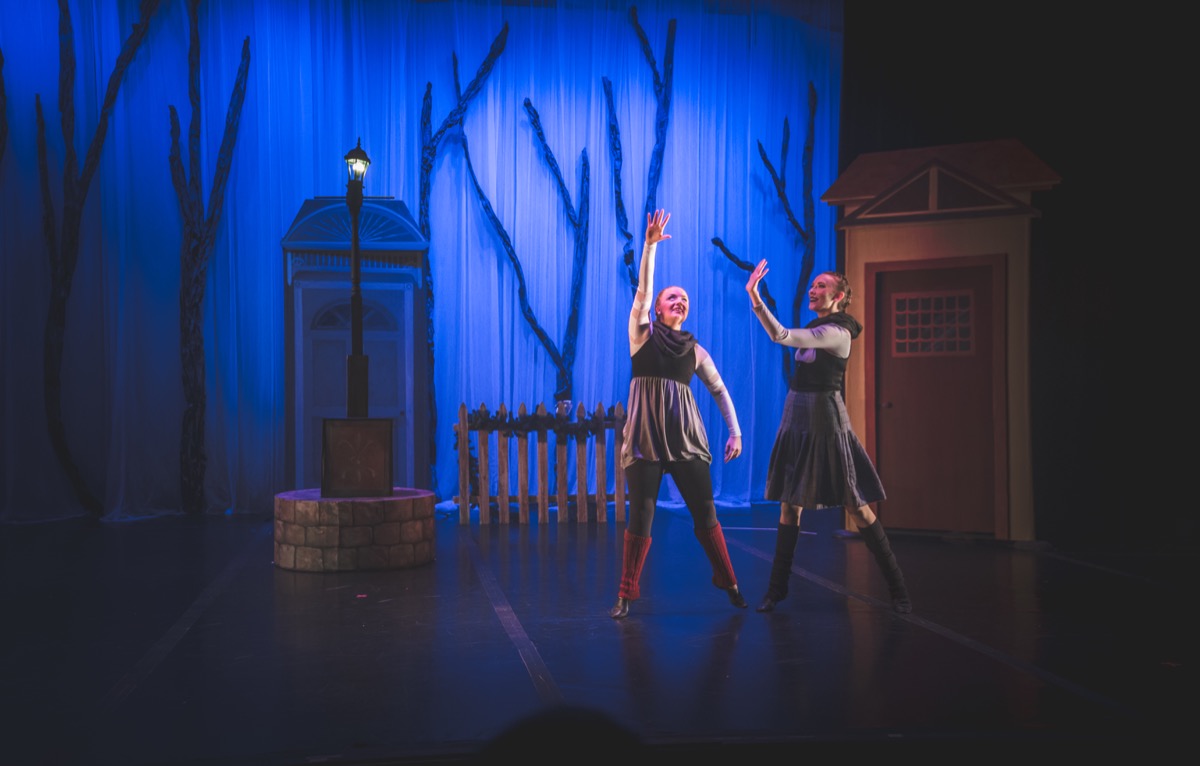 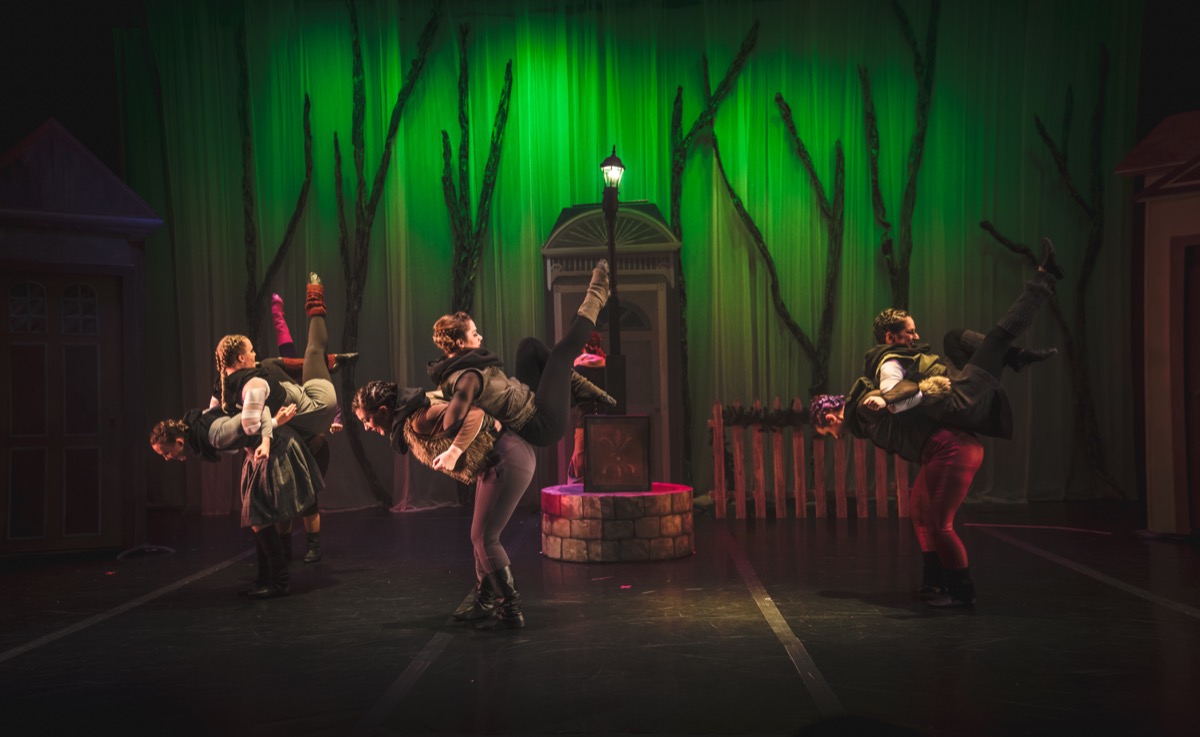 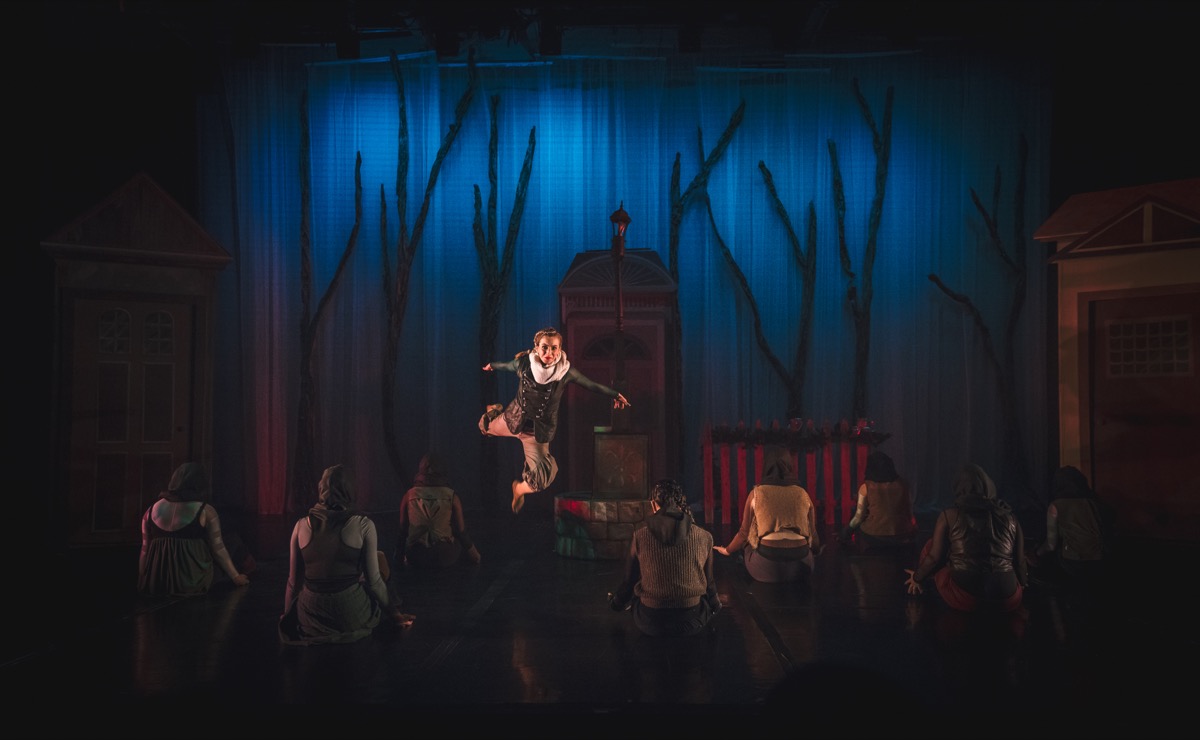 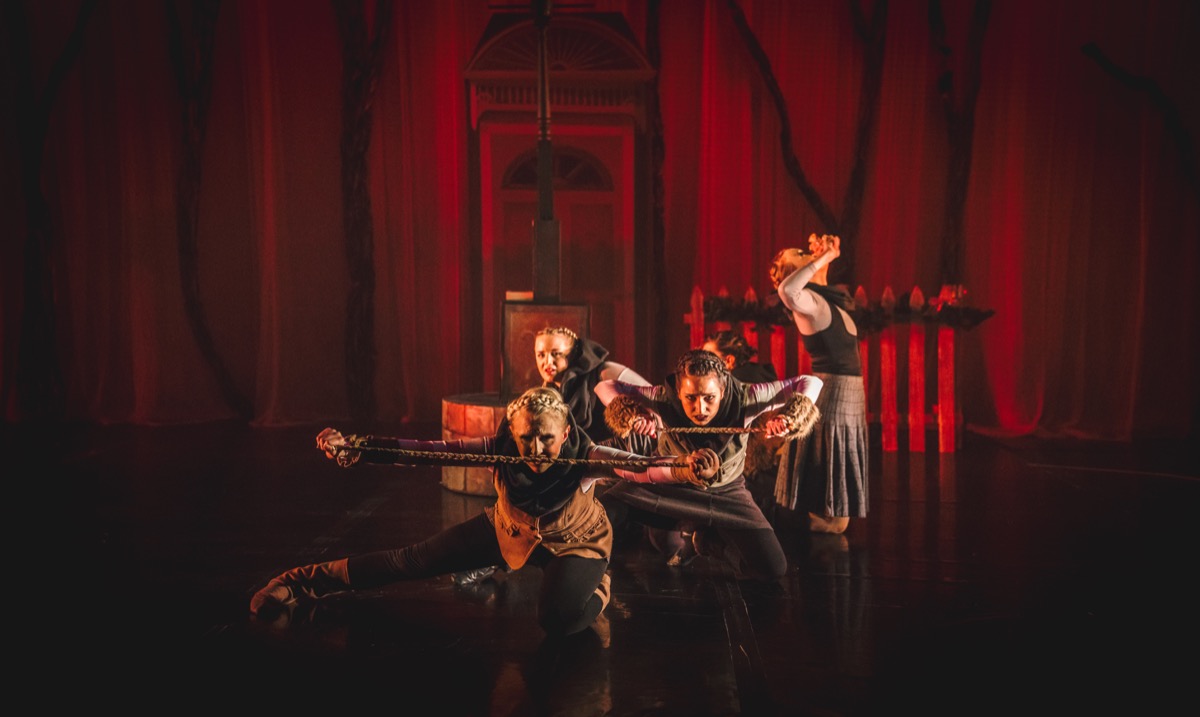 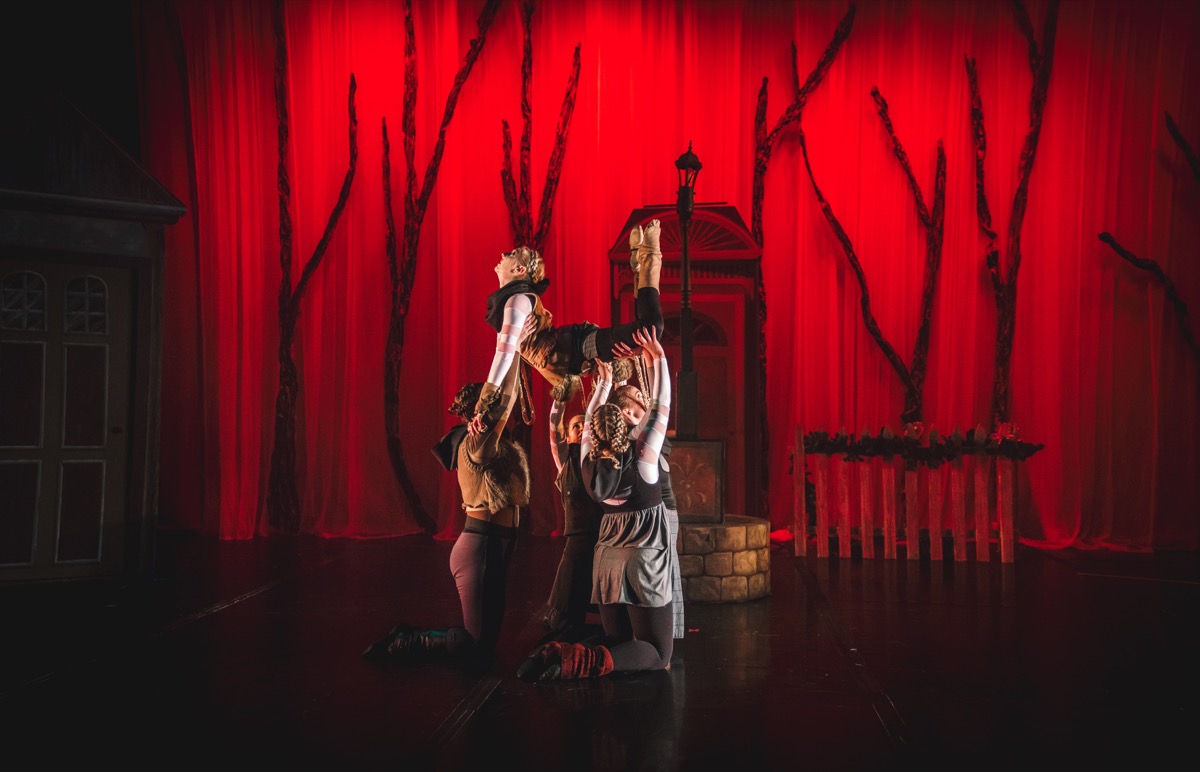 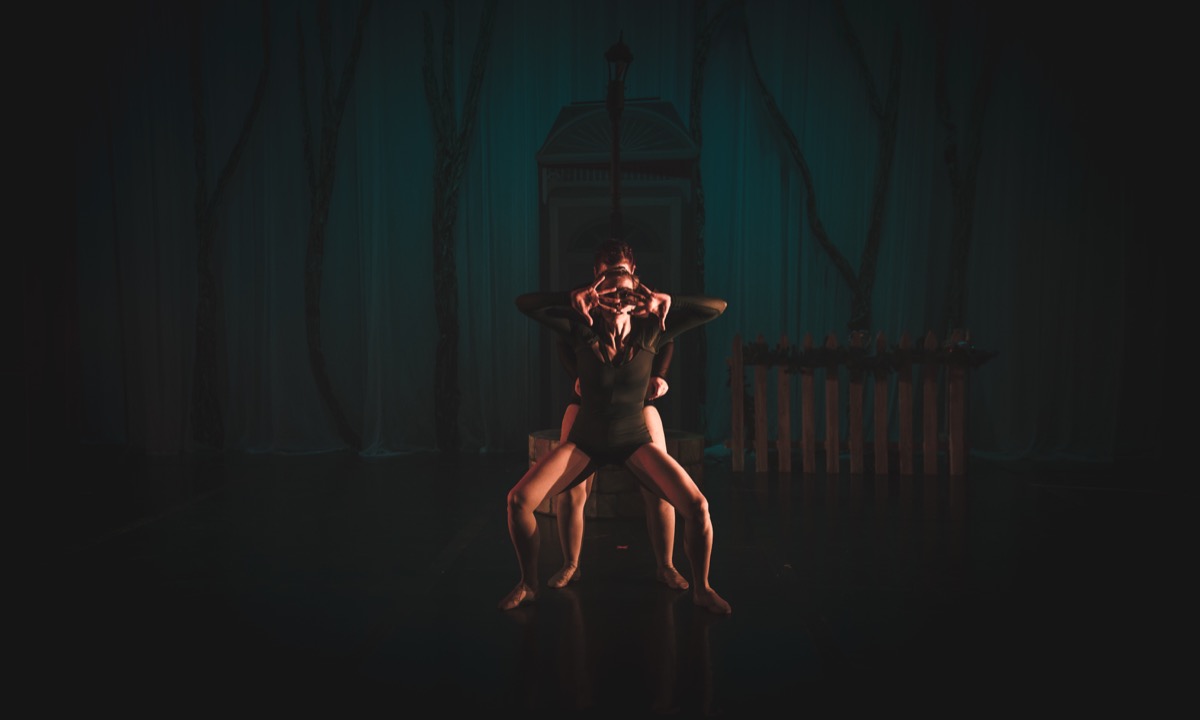 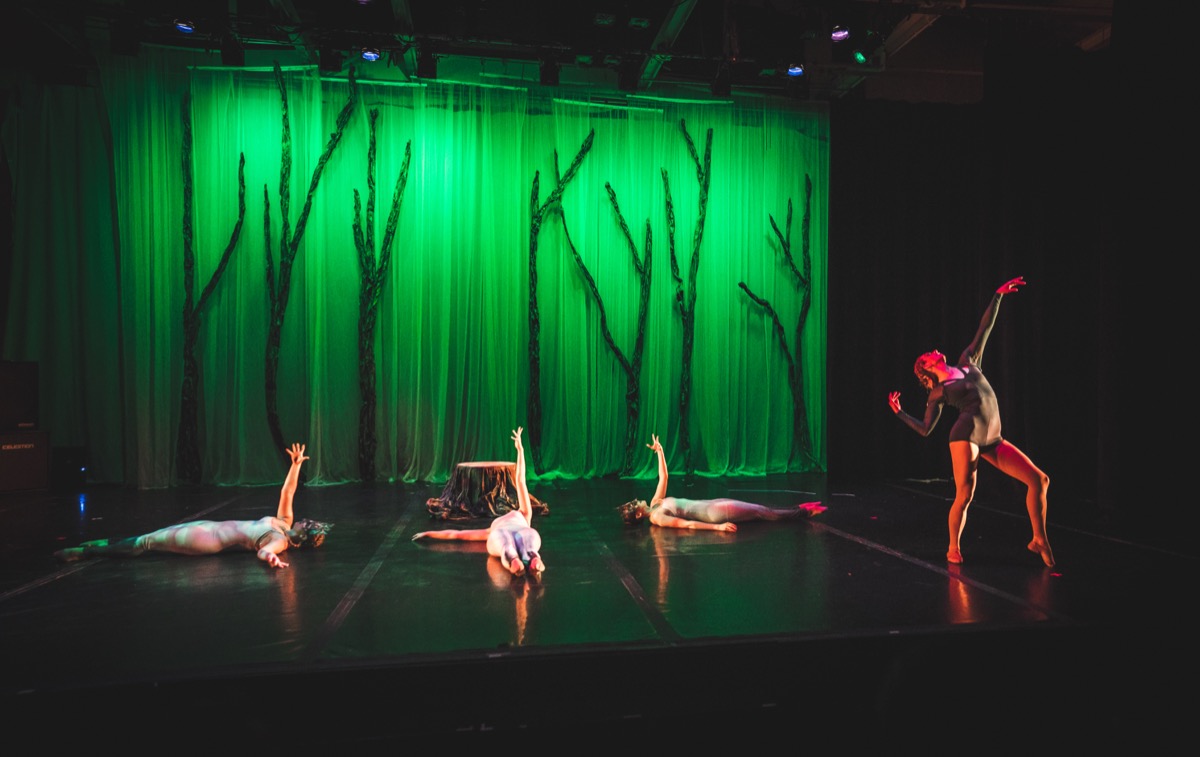 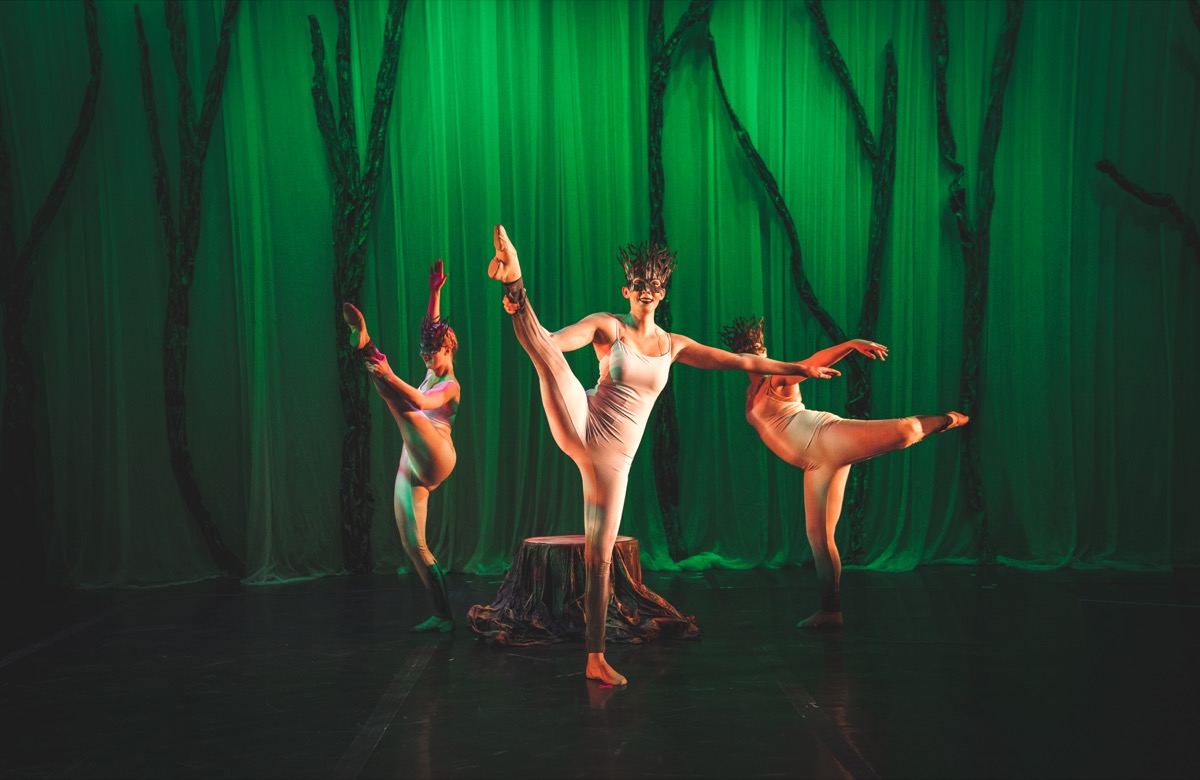 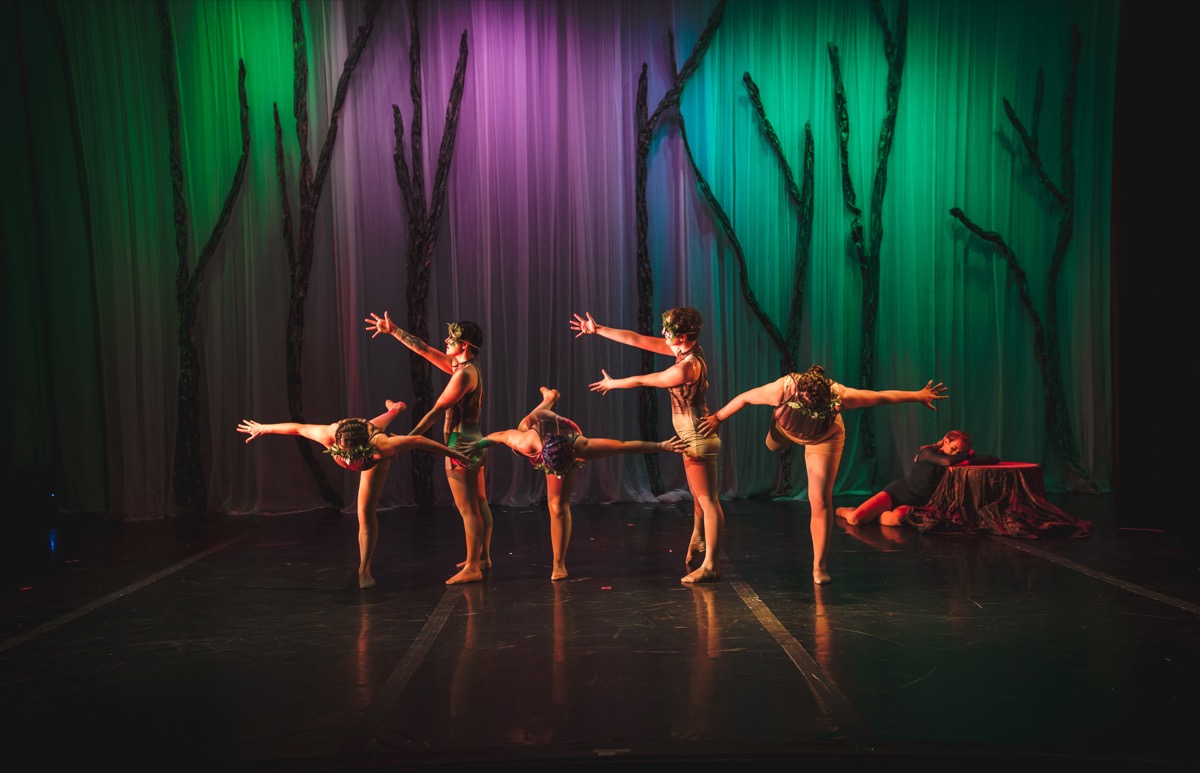 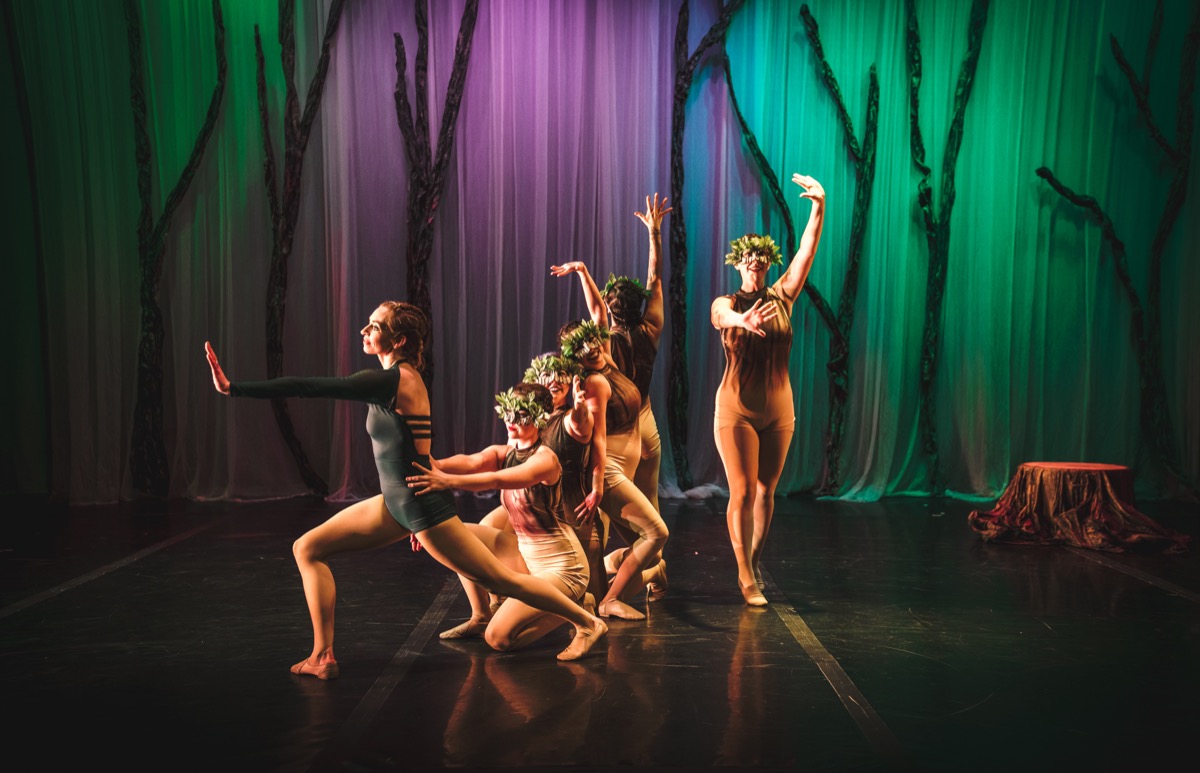 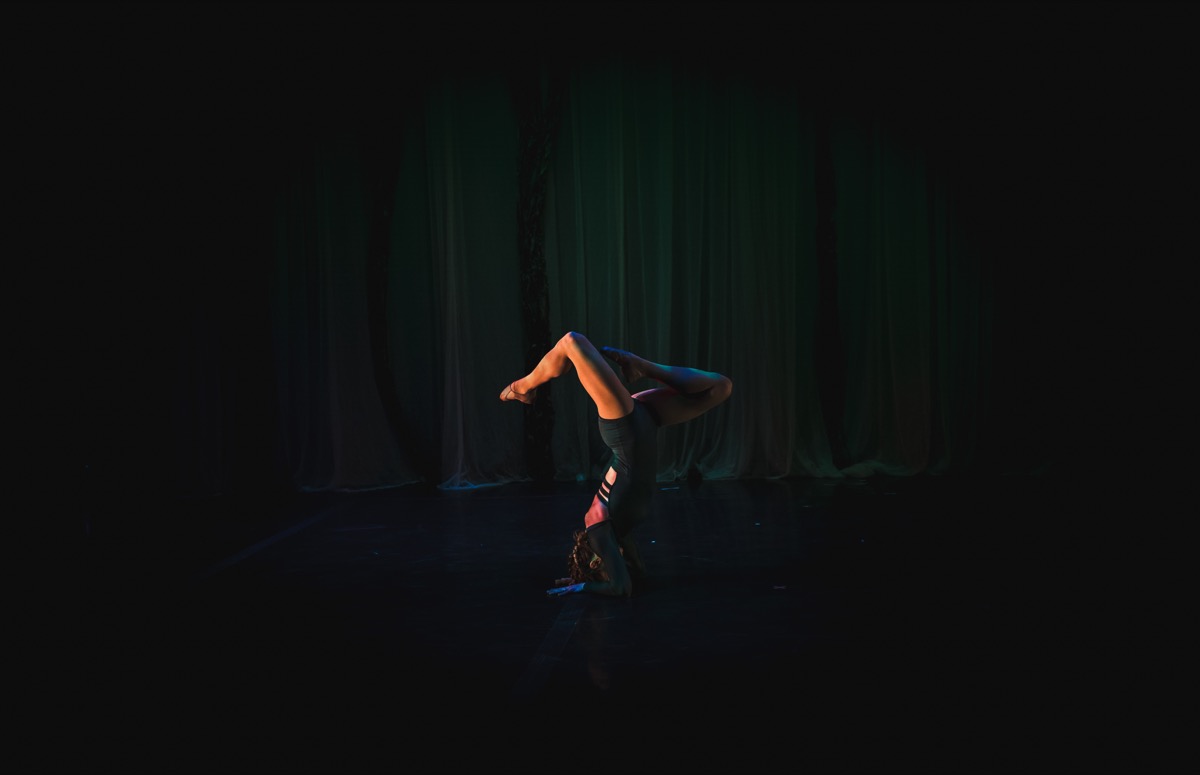 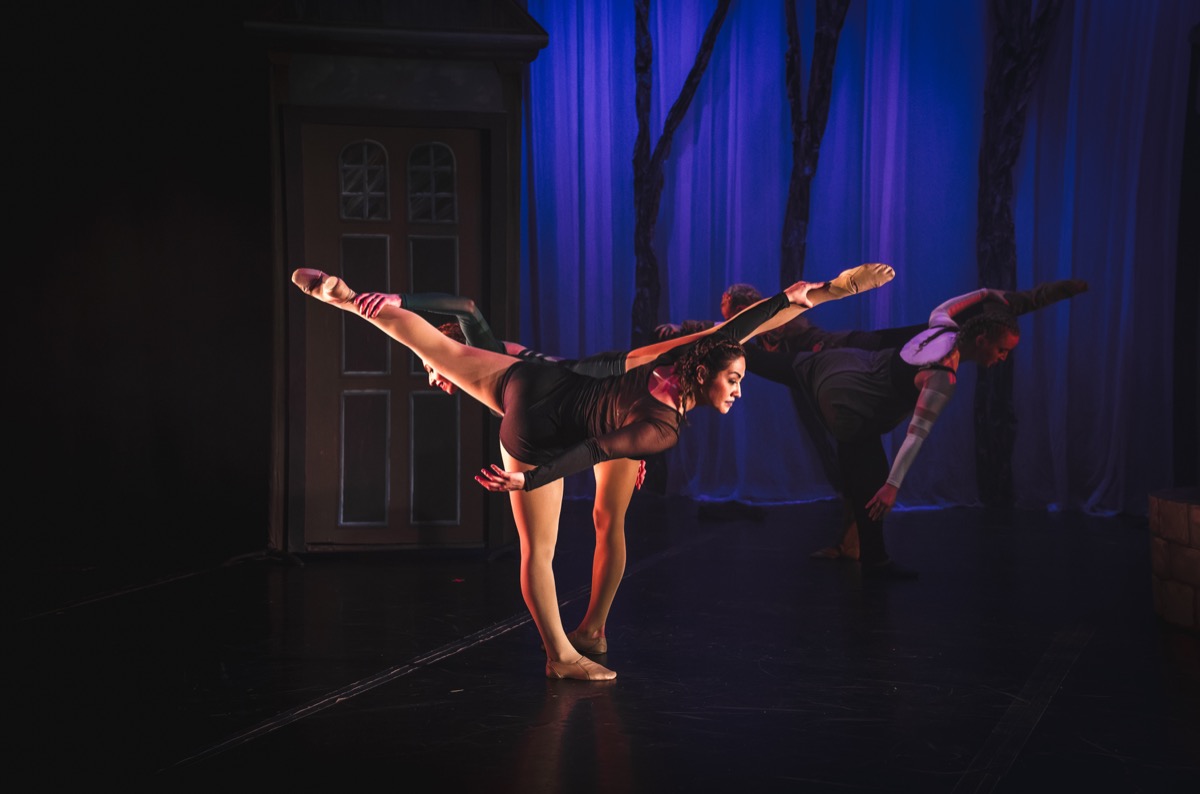